There are many emerging artist’s in and around London, many are graduates from some of the capital’s famous schools, including the Slade School of Fine Art, Birkbeck and Goldsmiths (both University of London), Central Saint Martins, Courtauld Institute of Art and the three College of Arts in Chelsea, Camberwell and Wimbledon. Our exhibitions at the East Gallery are a great way to get acquainted with emerging artists who are students or graduates from these schools, to admire their work and follow their creative development.

Here we have listed just some of the emerging artists who are already on their way to a bright and successful future: 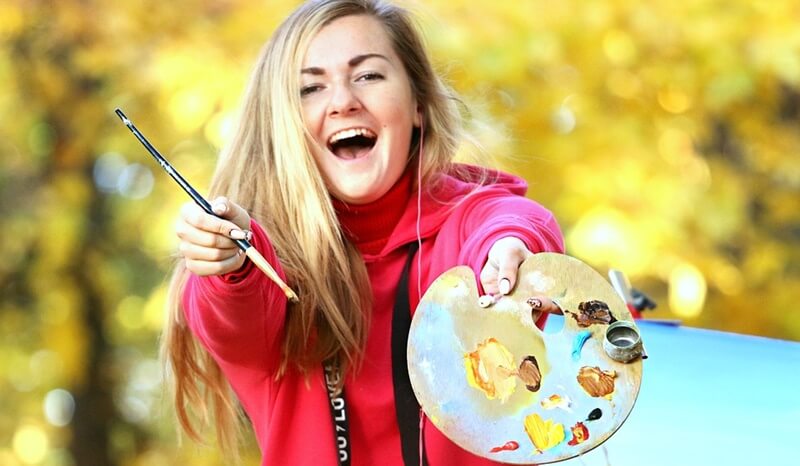 A graduate from The Falmouth School of Art, BA(Hons) Fine Art, the groundwork to Burkes’ painting starts with a fairly indiscriminate drawing with a deficit of substance that he enjoys. His paintings articulate something that alludes to illegibility, yet stand on their own, with something about them that needs to be explained. This is supported by the colours he introduces onto the surface of the work. Burkes says the unknown is important to his working practice, saying that he enjoys times when the tension of painting is needed to pull back the work from failure.

A graduate from the Royal College of Art, MA Printmaking, Chan’s panelled lithographs explore the link between architecture and sculptural landscapes of derelict and disused spaces. Chan is trained in analogue and digital photography, lithography, etching, screen print and digital media manipulation, and her skills have pushed techniques to new limits. Her work has been widely exhibited including Paris, London, Antwerp, New York and Mumbai among others. Chan was awarded the 2017 Elizabeth Greenshields Foundation Grant, has won the RSA Guthrie Award for Outstanding Artist under 35 and was a 2017 Wyng Media Award (WMA) Commission Finalist.

Goldby’s sculptures are strange organic forms like large pieces of petrified skin or cancerous growths, things that ooze, drip and sweat and yet remain deadly still. Constructed from digital images, plastic and wax, the split of organic and inorganic has led to his growing interest in the idea that we are becoming post-human. His most recent work is conceptualising the skin as a digital screen that protects and conceals the inner workings, choosing materials that can be shaped and formed by hand.

It was only in his third year at Loughborough University, studying for a BA Fine Art that Fisher was trying out 3D art, having previously focused on painting. He likes to be a little confrontational in his work, whether it’s intimidating through the size of something or the slight grotesque nature of the materials, for example raw sheep wool. With physical movement and internal sounds from the sculptures, it appears they are taking their last breath. His aim is to effect the audience so they begin to contemplate on the work and realise it’s maybe a comment on being human.. 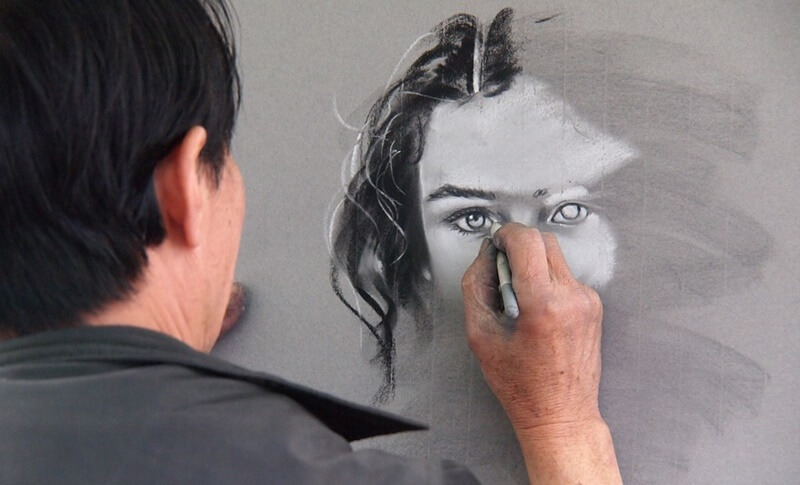 A graduate of Wimbledon College of Art, Drawing MA, Hall’s practice follows the Japanese literary style that believes the truest representation of the searching mind is to ‘follow the brush’ or in her case a pencil, rather than a brush. It is only on completion that she can stand back and ask herself if she really made that beautiful picture. Her most recent work has been exploring the world of light and shadows.

Huiting graduated from the Chelsea College of Arts with an MA in Fine Art. Her work explores recollection, where reality and imagination meet. She uses a wide range of materials, both soft and hard, natural and artificial, liquid and solid as well as adding layers and scraping paint from the work to create the space and layers of memory in the different textures. Huiting’s ceramic sculptures, her paint on clay, bring unexpected results.

Madsen, a graduate from Goldsmith’s London, had work included in a group exhibition at the FBA Futures 2017. The two works called Display and Top are made from a mix of material including wood, plaster, polystyrene balls, perspex sheets, paint, polyester film and more, which combined are both alluring, yet raise questions. It asks us to consider how we approach objects and how this impacts our understanding of the world and our place in it.

With a painting BA (Hons) from Edinburgh College of Art, Mulford has found that oil paint on primed and sanded board is the most effective and satisfying medium. She takes some of her inspiration from the Old Masters and would like to think there is still a place for traditional painting in a very contemporary art world. She uses just 6 tubes of paint, mixing her own colours, which she feels improves her observation skills and provides her with a better understanding of the paint itself. Having gained access into operating theatres, her dissertation ‘The Surgeon Artist: art and craft within surgical practice’ has informed her work.

Paffett’s paintings hold a tension between construction and destruction, being over painted, erased, and then built up again, though with a hint of what was there before, reflecting the fluid nature of the paint itself. This also encourages the viewer to consider their own memories and emotions in relation to the canvas, and the ambiguities that may arise.

With an MA in Fine Art from the City & Guilds of London Art School, Rogan’s most recent body of work This is Nobody’s Land, is about secret urban spaces, which she calls ‘wild space’, created to reflect on the experience of belonging and marginalisation. This is done through her exploration of the relationship between urban space, power relationships, community and culture. Geometry, multi-perspectives and scale are used to represent different power relations and psychological states. Harsh light exposes and deep shadows create anxious voids and the use of unnatural colours can be experienced as an imaginary creative space.

A graduate of Camberwell College of Arts, Rogers was awarded a Mead Scholarship to assist with James Rogers Future Poetries which will primarily be used to construct a 3D printer to begin printing an artificial imitation of the human body, using up to five materials in the printing of one object including carbon fibre, electrically conductive filament and water-soluble filament. In 2015, Rogers also had a residency exhibition at the Lubomirov-Easton project space with Badrick, working together as Badrick and Rogers 2015.

Shea draws and paints everyday sketches that she observes on the street, online or in the bedroom, all depicted in flat monochrome either on canvas or transparent acetate film and often with metaphorical animals layered over the human elements. Her work was included in the group exhibition at Chapter in Cardiff and the ICA in London in 2017, the same year she was chosen as one of Bloomberg New Contemporaries. Shea considers her work to be like a still from a movie you haven’t seen, yet seems familiar.

Wei Wei graduated from Slade School of Fine Art last year in 2016 and continues to create human-scale, almost hallucinogenic works in London. Femininity pulses through each canvas and her work has drawn parallels with Picasso.